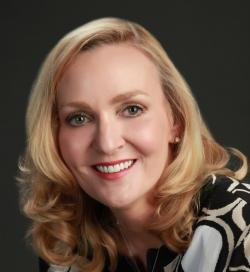 ​Melissa Tonn, MD, has served as President and Chief Medical Officer of OccMD Group P.A. in Dallas for over a decade. Her firm specializes in medical management services for companies that have elected not to participate in the workers’ compensation system. She maintains a clinical practice in Dallas and has privileges at Texas Health Presbyterian Hospital Dallas. For the past 14 years, Melissa Tonn, MD, has served as Adjunct Assistant Professor at the University of Texas School of Public Health in Houston. She has also held a position as Associate Professor and Site Preceptor with the University of Texas Health Science Center at Tyler for the past eight years.

Dr. Melissa Tonn studied medicine at the University of Texas Health Science Center at San Antonio. She held membership in Alpha Omega Alpha Honor Medical Society and obtained her Doctor of Medicine in 1986. Undertaking studies at Rice University after a year’s residency at Baylor College of Medicine in Houston, she earned an MBA from Rice in 1989 with concentrations in Health Care Management and Finance. From 1990 to 1991, Melissa Tonn, MD, held Physician positions with the Occupational Health Centers of the Southwest in Dallas. Dr. Melissa Tonn also acted as Medical Director and Medical Consultant with Texas companies such as Solutia Inc., Crown Central LLC, and Lyondell-CITGO Refining Co., Ltd. Prior to establishing OccMD Group P.A., she held a position as Medical Director of Occupational Health Services/WorkLink within the Memorial Hermann Healthcare System in Houston.

​Dr. Melissa Tonn spent many years on the Medical Advisory Committee to the TWCC (now the Texas Department of Insurance’s Division of Workers’ Compensation), to which she was appointed Chairman in 2000. She has also served on the Board of Directors of the American College of Occupational and Environmental Medicine and the American Academy of Disability Evaluating Physicians (AADEP). Melissa Tonn, MD, has spoken on numerous occasions for AADEP on the subject of causation and extent of injury.